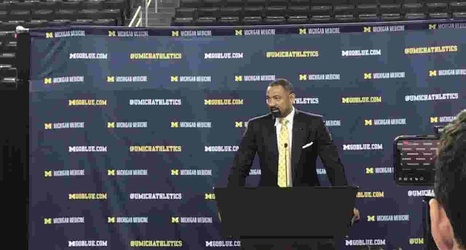 There will be no reunion between Michigan basketball and former top signee Jalen Wilson.

Wilson, who re-opened his recruitment after former U-M coach John Beilein left for the Cleveland Cavaliers, announced his decision to attend Kansas on Wednesday afternoon.

The 6-foot-8 wing from Denton, Texas, was the top uncommitted prospect remaining in the 2019 class. He is the No. 50 overall recruit in the nation, according to the 247Sports Composite rankings.

Wednesday's announcement ended a recruitment that began last spring, when Michigan made Wilson — who was named after 'Fab Five' member Jalen Rose — a priority.