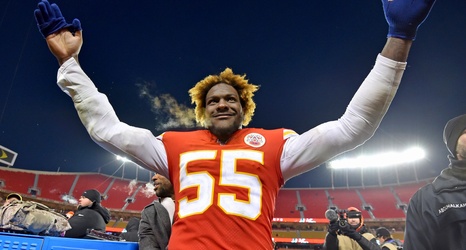 After the Chiefs dispatched the Tennessee Titans 35-24 while limiting Derrick Henry to 69 yards, Clark was asked about his team's delivery by the same NFL Network reporter who quoted him in saying there's "no difficulty in tackling" Henry, who had amassed 377 yards in Tennessee's previous two playoff contests.

Clark's response: "(The Titans) come in here, they say they're gonna run the ball. I know exactly what they were gonna do, you watching that film, you know what they're going to do.