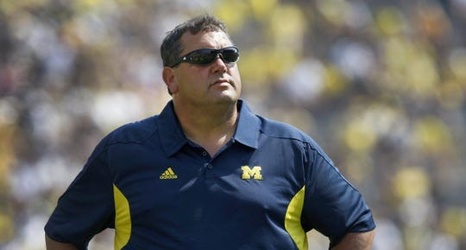 Brady Hoke couldn’t seem to catch a break. Four times in four years in four different states, his employer had told him to pack up and leave.

u25baIn December 2014, he was fired as head football coach at Michigan, where his employment contract still guaranteed him $3 million in combined monthly payments through December 2016.

u25baThen he got fired after one season as defensive coordinator at Oregon, which owed him about $600,000 for the final two years left on that contract.

u25baNext came Tennessee, where he got fired with the rest of the staff and was owed about $580,000 in guaranteed pay.