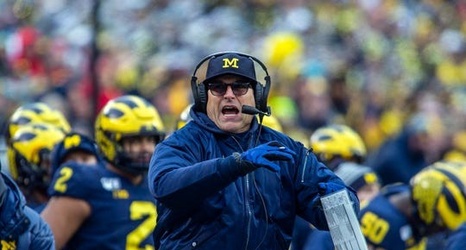 Is the problem Jim Harbaugh or unreasonable expectation?

That's the question ESPN host Mike Greenberg raised Tuesday on the morning program, "Get Up," in which he argued that Michigan's football woes against Ohio State were more about the program and less about Harbaugh.

"Jim Harbaugh is being belittled, criticized and diminished because of a false perception about the program that he leads," Greenberg said. "Which is to say the University of Michigan is not — and has not — for a very long time been among the truly elite football programs in America.