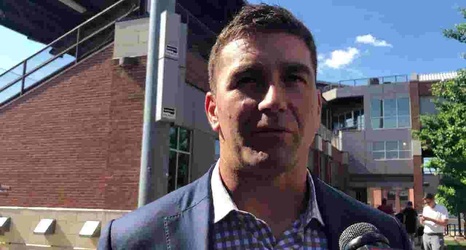 Michigan coach Erik Bakich talks about what the postseason run meant for the Wolverines. Angelique S. Chengelis, The Detroit News

It's been barely two weeks since Michigan baseball came so close, so painfully close, to winning the national championship, only to be stuck in a dreary dugout in Omaha, Neb., watching those kids from Vanderbilt hoot and holler and celebrate.

But there hasn't been a whole lot of downtime for head coach Erik Bakich, who's had player meetings, coaches meetings, camps on campus, and, of course, recruiting trips.

That's why on a late afternoon earlier this month, he relished getting in one long, sweat-drenched workout that didn't include hotel exercise equipment.