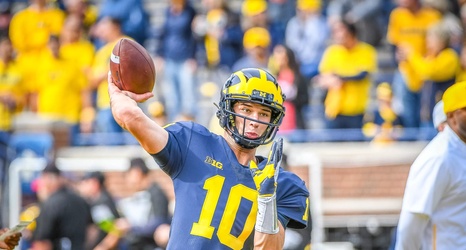 Michigan quarterback Dylan McCaffrey came into the game late in the second quarter against Wisconsin after Shea Patterson suffered some sort of injury.

When the second half started, it was still McCaffrey out there for the Wolverines. Things were up and down for McCaffrey during his time on the field, due in large part to the pass-protection not holding up. However, McCaffrey was able to lead the team down the field into the red-zone to put them in a position to get their first points of the game.

That’s when on a run by McCaffrey he was absolutely demolished on a egregious hit that was ruled targeting.