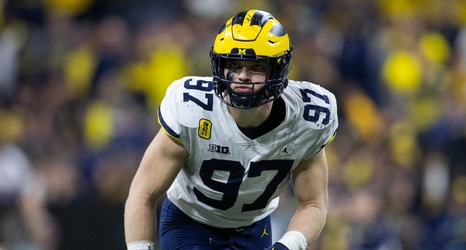 The Detroit Lions took Hutchinson with the second pick of Thursday’s NFL draft, tabbing the Michigan star to be the defensive face of their rebuild.

Hutchinson is the first of what is expected to be two first-round picks for a Lions team coming off a 3-13-1 season and that allowed the second-most points in the NFL last year. The Lions also have the 32nd pick, which they acquired in the 2021 trade of Matthew Stafford to the Los Angeles Rams.