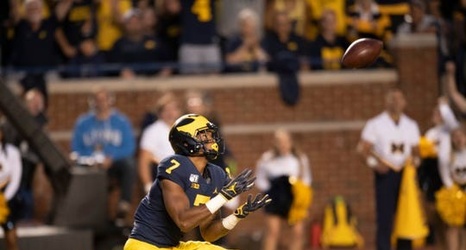 Ann Arbor — When Michigan receiver Tarik Black scored on a 36-yard reception in the season opener, it felt like he had been there before.

As freshman in 2017, he started the season opener against Florida and scored on a 46-yard pass from Wilton Speight. He was young phenom and after his 83-yard performance that day, he became the talk of the Michigan receivers.