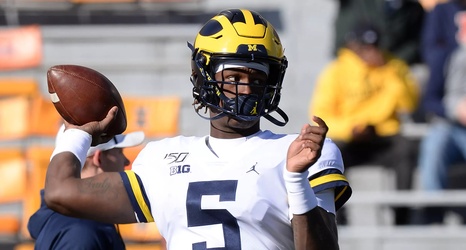 ORLANDO, FL — Joe Milton is being looked at as the potential starting quarterback for the Michigan Wolverines heading into the 2020 season with Shea Patterson graduating after the bowl game. Milton is presumably set to compete with Dylan McCaffrey for the job, but says that he’s been putting the work in to earn his opportunity well ahead of Patterson heading out the door.

Milton spoke to the media on Monday morning during Citrus Bowl kids day at Fun Spot America in Orlando.

“It’s not just because he’s leaving,” Milton said about his preparation.