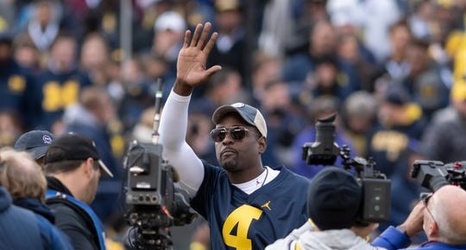 Detroit — Chris Webber, the centerpiece of Michigan’s famed Fab Five, is on board with having the group reunited at Michigan, especially now that teammate Juwan Howard is coaching the Wolverines’ basketball team.

Webber, in Detroit on Tuesday as part the Aspen Institute’s Project Play Summit at the Detroit Marriott — held for the first time outside of Washington D.C. — to discuss youth sports nationally, said he plans to drop in soon to see Howard coach the Michigan basketball team at either a practice or game.

While at Michigan, Webber helped lead the Wolverines to the national title game in 1992 and 1993, but his ties to former booster Ed Martin and illegal payments led to scandal.