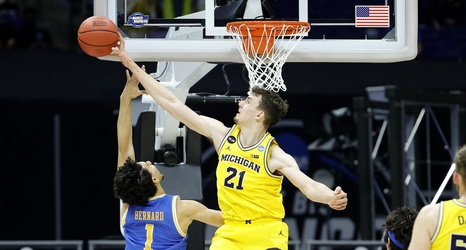 With the NBA Draft a mere seven weeks away, it is officially peak mock draft season! Michigan has a few fringe prospects of note in Isaiah Livers, Chaundee Brown, Mike Smith and DeVante’ Jones. The only prospect from Michigan almost assured to be drafted is Franz Wagner. The lengthy German wing has remained a consensus first-round pick, hovering near the end of the lottery. Let’s take a look at where various mock drafts have Wagner going, as well as what they have to say about him.