Brady Quinn: I'd play for Harbaugh over Saban 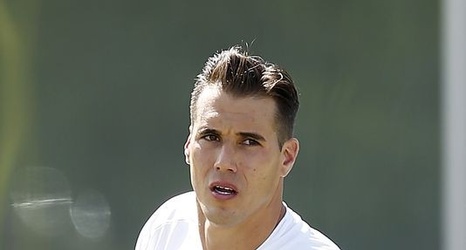 The Michigan-Alabama battle over satellite camps has died down -- replaced this week by the Michigan-Rutgers showdown in New Jersey.

But the Jim Harbaugh-Nick Saban debate is still intriguing in the college football world.

Former Notre Dame and NFL quarterback Brady Quinn, now a Fox Sports analyst, was on the Dan Patrick Show on Tuesday and said he'd rather play for Harbaugh than Saban.

“I don’t know, it’s tough,” Quinn said on the show. “Nick Saban has the championships so I think you’d probably have to go in that direction at least at this point, but I think you’d have much more fun with Jim Harbaugh.