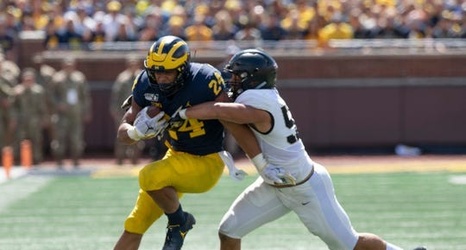 Ann Arbor – This was never going to be easy, not against Army, which grinds teams with its disciplined, efficient offense and go-for-it approach on fourth down.

And the seventh-ranked Michigan Wolverines made it even harder on themselves with three first-half fumbles. But enormous back-to-back plays on defense in the second overtime allowed the Wolverines to survive, 24-21, before 111,474 at Michigan Stadium on Saturday.

Michigan took the lead on a 43-yard field goal by Jake Moody in the second overtime and then the Wolverines’ defense came through.