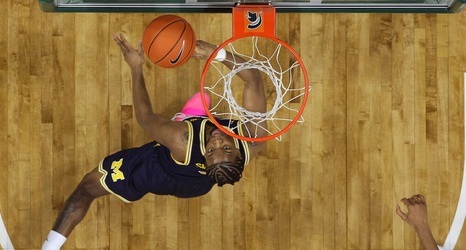 Michigan remained in the top-10 in this week’s AP Poll, sliding to No. 10 after Saturday’s loss at Michigan State. The Spartans came back from a double-digit deficit in the first half to top the Wolverines 75-63.

Michigan finished the regular season with a 26-5 (15-5 Big Ten) record, but a full game behind the sixth-ranked Spartans and No. 13 Purdue. This earned the Wolverines a No. 3 seed in this week’s Big Ten Tournament.

Wisconsin and Maryland climbed up to No. 19 and No. 21, respectively.

The Spartans just missed out on their the top-5 ranking this season.