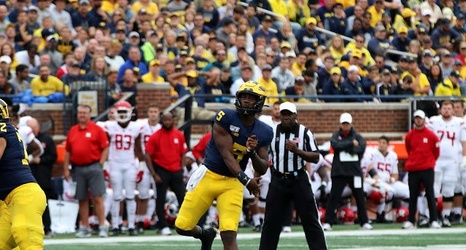 That's not how this game was supposed to go.

Vegas said Minnesota would win at first. Then they said Michigan would win but only by a couple. But, honestly, it felt fair. No one could argue that early line. I sure couldn't.

The track record of Jim Harbaugh's Michigan in road games against ranked opponents made this game seemingly easier to predict the outcome. Michigan is supposed to look overwhelmed.