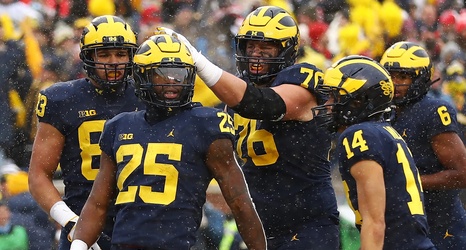 It was an absolutely euphoric feeling when the clock struck 00:00 and the Michigan Wolverines officially took down the dragon that was the Ohio State Buckeyes over the weekend in Ann Arbor. From start to finish, they dominated both offensively and defensively. It was a total team effort to win that game, and the Wolverines did it.

Here are three things we learned about the Wolverines after the game.

The running game can go up against anybody

Hassan Haskins really is that dude. The senior running back single-handily defeated Ohio State 30-27 with five rushing touchdowns, and he did it with relative ease.