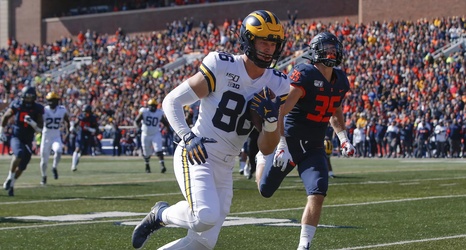 On Tuesday morning, Jim Harbaugh and the Michigan Wolverines received their third commitment of the 2022 cycle when three-star tight end Marlin Klein announced his pledge to the Maize and Blue.

The Wolverines offered a scholarship to Klein in April and have been at the forefront of his recruitment since then. He took an unofficial visit to Ann Arbor a couple weeks ago on his own dime during a global pandemic, which in my eyes went a long way in proving his interest in the program.