2021-22 Season Preview: What to expect from Michigan wings 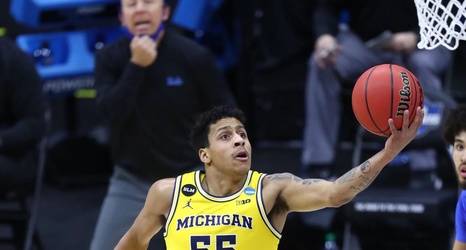 The Michigan Wolverines’ men’s basketball team will feature a good mix of experience at the wing position this year, as the ever-so-steady Eli Brooks returns for another season.

Brooks will likely be starting alongside top-ranked freshman Caleb Houstan, with fellow freshmen Kobe Bufkin, Will Tschetter and Isaiah Barnes fighting for minutes as the season goes along.

This is the position that may make or break the Wolverines in the 2021-22 season. Everyone is expecting to see steady production from Hunter Dickinson at the 5 and DeVante’ Jones at the 1, but if Michigan can get some standout performances from its wings, it only elevates the potential of a squad with National Championship aspirations.