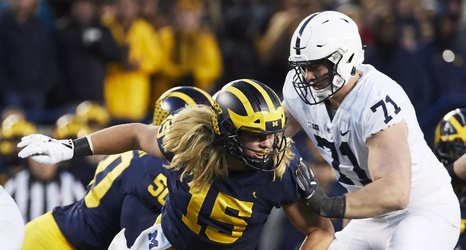 Michigan star EDGE rusher Chase Winovich is on his way to the New England Patriots after being selected with the 77th pick of the NFL Draft on Friday. Winovich played with a very talented defensive line of the Michigan Wolverines that helped the maize n’ blue earn 34 sacks last season.

Chase was a fifth-year senior who added 18 sacks, 185 tackles, 45 tackles for loss, and three forced fumbles throughout his career at Michigan.