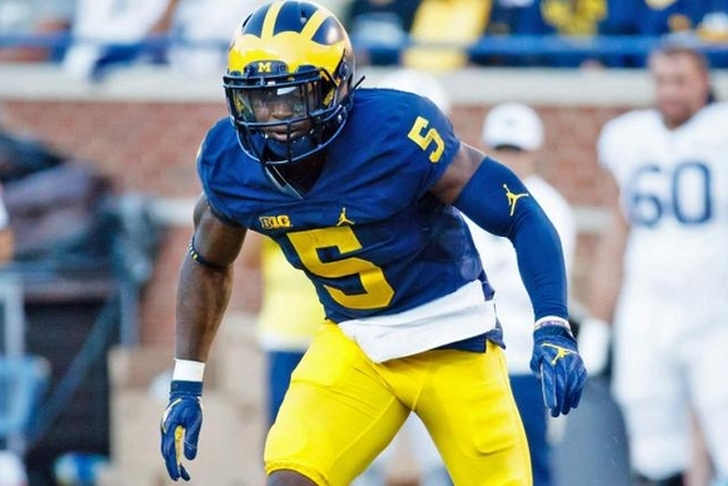 Michigan Wolverines safety Jabrill Peppers is projected to be a late first round pick in the upcoming NFL Draft, but his stock has taken a late hit that may drop him out of the opening round.

According to ESPN's Adam Schefter, Peppers tested positive for a diluted drug test at the combine.

A diluted sample comes from someone drinking excess fluids, which can be a way to prevent a positive sample for any drugs.

CAA, the agency that represents Peppers, released the following statement, saying Peppers was drinking a lot of fluids to avoid cramping since he was working out with two position groups.

"Peppers went to the combine. He was sick after flying there from San Diego. He has a history of cramping. Peppers was being pumped with fluids, drinking 8-10 bottles of water before he went to bed, because he was the first guy to work out two days for the LBs and DBs. He had to go through that first day, come back on second day, and that was the fear. So Peppers was pounding water and under the weather. He never failed a drug test in his life, nor tested positive before for any substance."

Peppers, who played linebacker at Michigan but projects to be a safety in the NFL, had 66 tackles with 13 tackles for loss, three sacks and an interception. He also returned a punt for a touchdown.