Michigan Football Weekend Recruiting Update: Everything You Need To Know 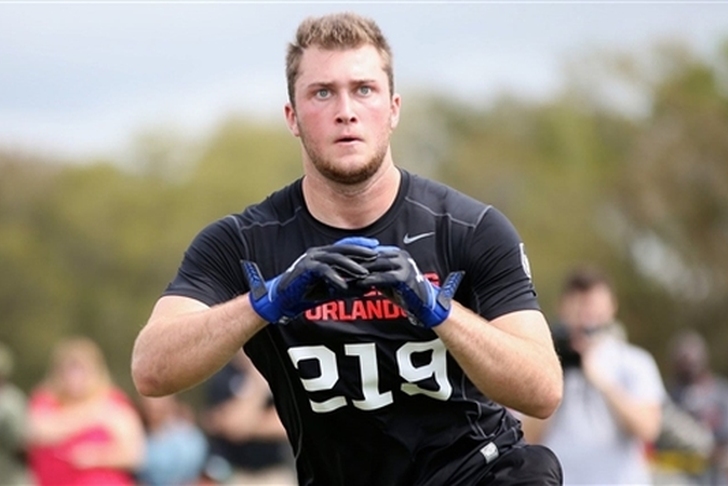 The Michigan Wolverines finished their regular season with a disheartening loss to Ohio State, but Michigan still posted an impressive 9-3 record in head coach Jim Harbaugh's first season. The Wolverines have made major moves on the recruiting trail this year, and that continued this weekend. Here's everything you need to know from the past few days:

Georgia had been the favorite to land Nauta, but many think that interest has fallen after the Bulldogs fired head coach Mark Richt. Nauta and five-star QB Jacob Eason, a UGA commit, are expected to be a package deal on the recruiting trail. Even though Eason is committed to Georgia, Michigan is reportedly their mutual favorite.

Michigan is hoping to capitalize on the uncertainly of Georgia's program by visiting Nauta as soon as possible. He took an official visit to Ann Arbor on Oct. 17 for the Michigan State game.

"In my heart, I know Michigan is the place for me," Elliott said in the post. He chose the Wolverines over Texas.

Jones has been one of Michigan's top defensive targets for months, and is expected to make an official visit to Ann Arbor sometime in December.