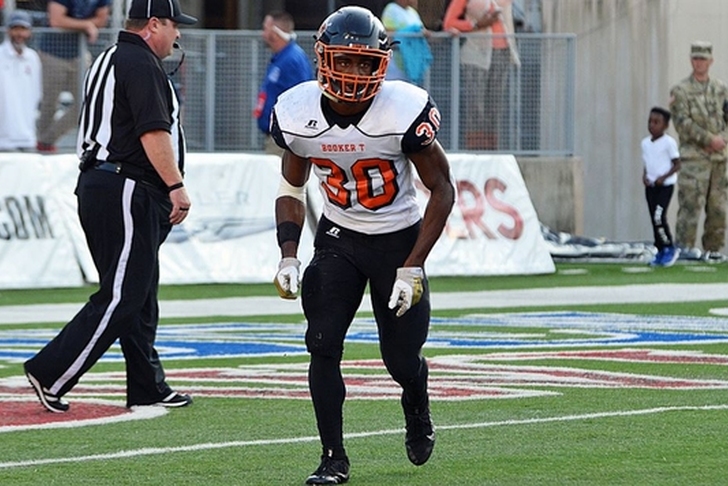 The Michigan Wolverines have five-star safety Daxton Hill (Tulsa, OK) as one of their top targets in the 2019 recruiting class, and they're right at the top of his list as well.

According to Steve Lorenz of TheMichiganInsider.com, Michigan is one of the top two favorites for the talented safety.

After doing some digging over the weekend, I would personally place Michigan at least in the top three for 2019 five-star safety target Daxton Hill as things stand today.

Hill, who is the top target on Michigan's safety board, is also strongly considering Oklahoma, while the rest of his list appears to be relatively uncertain as of now. Oklahoma State may be up there, as could Alabama. However, it appears it's a Michigan/Oklahoma battle as things stand today.

Oklahoma is considered to be the slight favorite over Michigan, but the Wolverines are trending in the right direction. He is expected to make an official visit to Ann Arbor this fall.

The 6-foot-1, 190-pounder is ranked as the top safety and No. 13 overall prospect in the country, according to the 247sports Composite.