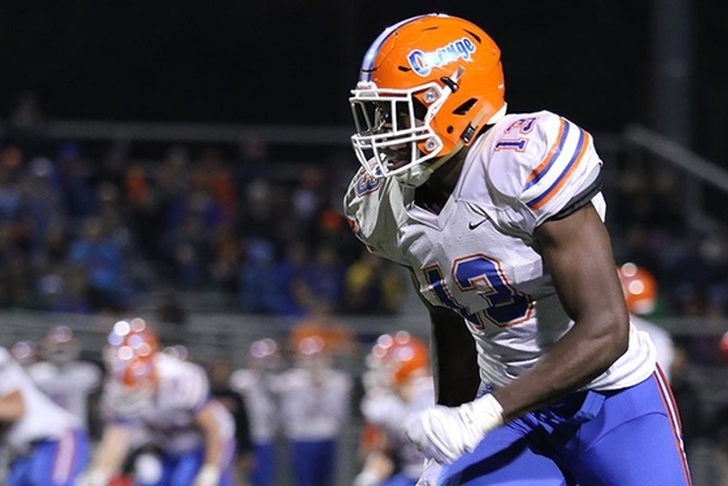 The Michigan Wolverines will have their spring game on April 14, and they're hoping to have five-star defensive end Zach Harrison (Lewis Center, OH) on campus to attend the game.

According to Steve Lorenz of TheMichiganInsider.com, Michigan is really ramping up their pursuit of Harrison.

With Michigan's spring game on the horizon, 247Sports has confirmed the Wolverines are making a strong case to host 2019's top overall prospect in five-star defensive end Zach Harrison for another unofficial visit that weekend.

The Wolverines continue to be led by defensive line coach Greg Mattison, linebackers coach Al Washington and defensive coordinator Don Brown in Harrison's recruitment. He visited Ann Arbor less than a month ago and optimism has slightly risen in Schembechler regarding Michigan's chances.

Ohio State is thought to be the leader for Harrison and their spring game is the same day. However, there is a chance that Harrison attends both spring games as the Buckeyes have theirs at 1:45 p.m. while Michigan's kicks off at 7:00 p.m.

Alabama, Clemson, Notre Dame, and Penn State are also in the mix for Harrison.

The 6-foot-6, 240-pounder is ranked as the No. 2 weak-side defensive end and No. 3 overall prospect in the country, according to the 247sports Composite.