Michigan Football Recruiting: Wolverines Expected To Land One Of Their Top CB Targets? 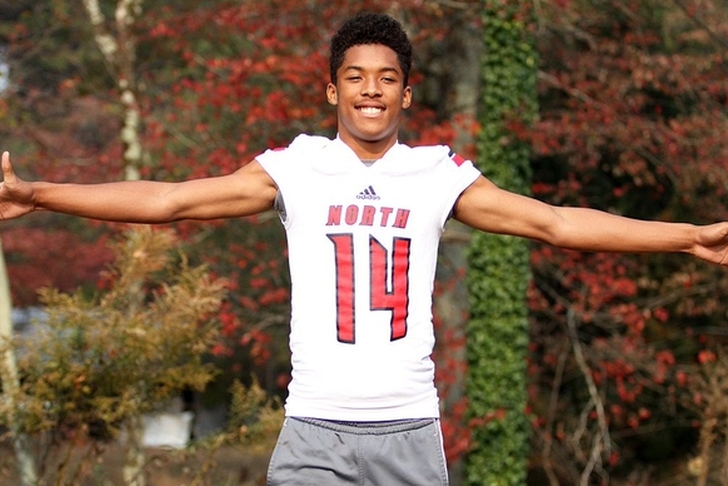 The Michigan Wolverines have made the secondary one of their biggest priorities in the 2019 recruiting class, and it appears that they'll be landing a commitment from one of their top cornerback targets relatively soon.

Three-star cornerback D.J. Turner II (Suwanee, GA) reportedly has the Wolverines at the top of his list and are the team to beat for his services, according to Steve Wiltfong of TheMichiganInsider.com.

The blue-chip prospect has over 30 offers but it's the Wolverines that are standing out, sources tell 247Sports.

I still expect Turner to take other visits but as it stands right now, every program would be trying to make up ground on the Maize and Blue.

Turner announced that he will make his decision on June 25 and is making an official visit to Ann Arbor shortly beforehand. He most recently visited Michigan on an unofficial visit on April 21 and was on campus in November for the Ohio State game.

“It was really good,” Turner told The Michigan Insider's Brice Marich about that November visit. “I went to the game and talked to the coaches after the game. I talked with Coach Zordich, Coach Partridge and Coach Brown. I have a really good relationship with them. I really enjoyed it.”