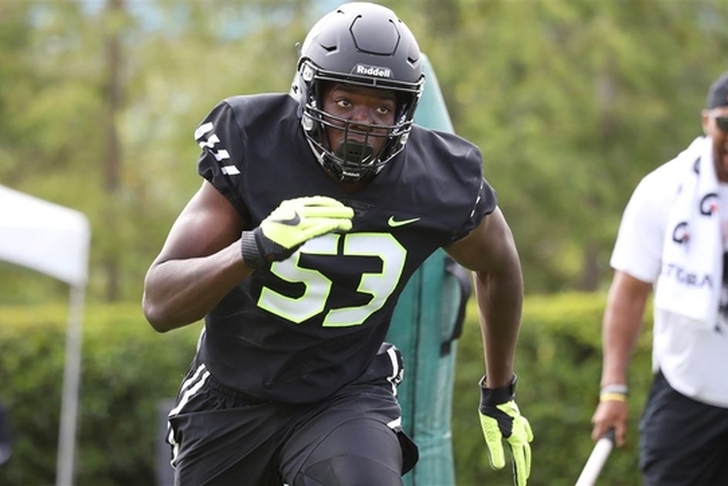 The Michigan Wolverines hosted five-star defensive end Zach Harrison (Lewis Center, OH) over the weekend and the visit appears to have left a positive impression on Harrison, according to his mother.

"We had a really good visit," Harrison's mother Tracey told 247Sports on Sunday afternoon. "It's funny because we were there a little less than 24 hours and they were able to pack in a practice, a barbecue, some bowling, a sleepover and a breakfast. I know (Zach) really enjoyed his time there again.

"I think the bowling and spending a night with some players was the best part for him. That time is really valuable for him. Being able to hang out with the other players and get their experiences is important to him."

It is the second visit Harrison has made to Ann Arbor this month. The visit was supposed to be centered around the spring game but Michigan had to cancel that earlier this week due to weather concerns.

Ohio State is thought to be the leader for Harrison, but Alabama, Clemson, Notre Dame, and Penn State are also in the mix for Harrison. However, Michigan appears to be trending in the right direction and may be the biggest threat to the Buckeyes.

The 6-foot-6, 240-pounder is ranked as the No. 2 weak-side defensive end and No. 3 overall prospect in the country, according to the 247sports Composite.