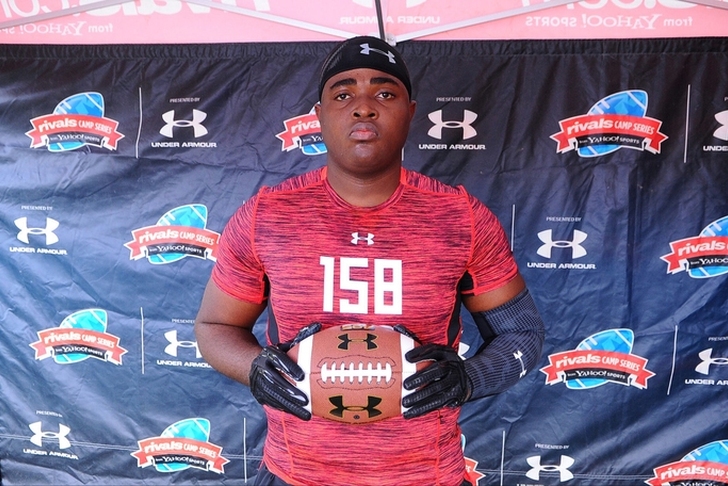 The Michigan Wolverines offered a scholarship to four-star offensive lineman Danielson Ike (Kansas City, MO) on Wednesday, and that move helped push the Wolverines to the forefront of his recruitment.

"Coach Warinner came down to my school and later I got offered,” Ike told The Michigan Insider. “I was surprised and amazed at the same time because until a couple of days ago, I had not received anything from Michigan, so it just felt surreal.

"I’m very interested in Michigan. This just made my future decision a little difficult. This is one of my major offers. I’ll be visiting Michigan, but I don’t have anything planned yet.”

Ike is also being heavily pursued by Alabama, Louisville, and Nebraska, among others, but said he will not be making his decision until after his senior season in the fall.

Michigan already has four offensive linemen committed in the 2019 recruiting class, but only one (guard Nolan Rumler) is ranked higher than him. The class currently ranks No. 8 in the country with 10 commitments.

The 6-foot-6, 300-pounder is ranked as the No. 31 offensive tackle and No. 284 overall prospect in the country, according to the 247sports Composite.