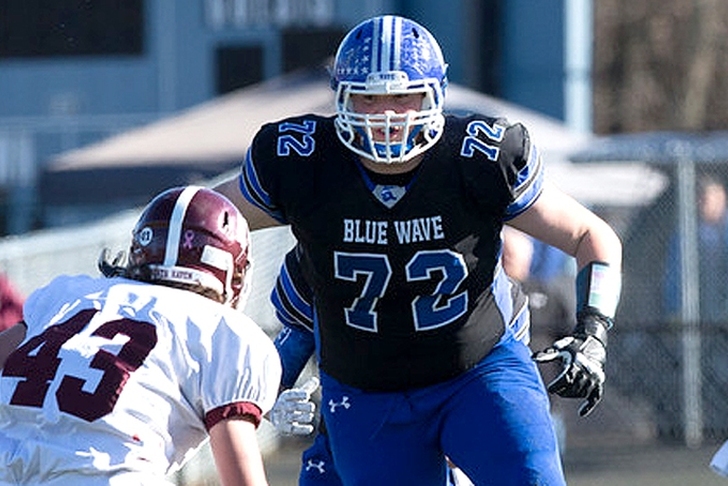 The regular season is still months away, and the Michigan Wolverines are taking advantage of their offseason by turning up the heat on the recruiting trail. Here's all the latest news and rumors surrounding Michigan's recruiting efforts:

Michigan leads for 3-star OT
Andrew Stueber, a three-star offensive tackle from Darien, CT, has long been favoring Michigan, but after receiving an offer from the Wolverines, Connor Tapp of 247sports says he's expected to commit there:

Michigan extended an offer to three-star offensive tackle Andrew Stueber during the Wolverines' Big Man Football Camp on Saturday, and now Jim Harbaugh and company seem the favorites to land a commitment from the 6'6, 285-pound lineman. Stueber described Michigan as "the one to beat," but wants to take his time and hear other schools' pitches.

Pair of targets commit
Michigan got a nice surprise on Saturday and two teammates from Lee County High School in Leesville, GA, committed to the school. 2017 four-star defensive tackle Aubrey Solomon and 2018 defensive back Otis Reese gave their pledges on a visit this weekend.

Reese was expected to give a verbal this weekend as the Wolverines had been leading for him for some time, but Solomon was completely unexpected. Georgia and Alabama were thought to be his two leaders, but said he felt most comfortable with his relationship with Michigan's coaching staff.

Follow our Michigan Wolverines news page for all the latest Michigan recruiting news!