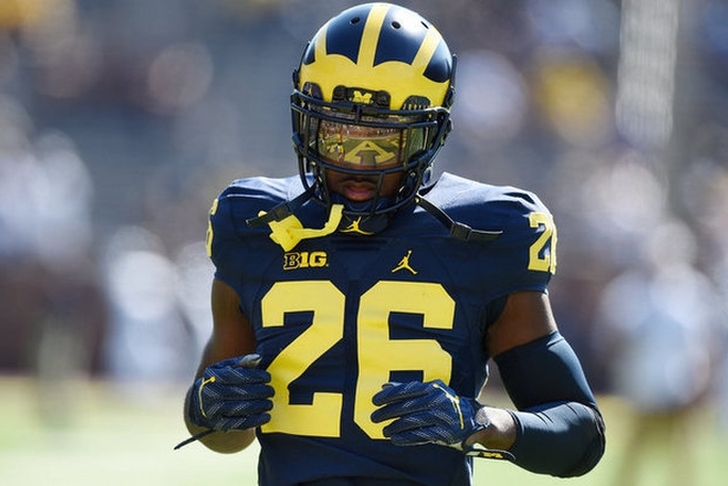 Former Michigan Wolverines cornerback Jourdan Lewis, who is preparing for the NFL Draft, is facing a domestic violence charge, according to John Counts of MLive.com.

Police were called to Lewis' residence in the 3000 block of Signature Boulevard about 1 a.m. Wednesday, March 15, for a domestic violence call, Lige said.

Lewis' girlfriend called police and said there had been a physical altercation at the residence, according to Lige. Officers initially were unable to determine who was the responsible party at the scene, he said.

"It wasn't clear to the officers (Wednesday morning) if there was an assault, or who the aggressor was," he added.

Subsequent investigation led to a misdemeanor assault charge against Lewis, according to Lige.

It has not been released with Lewis will be arraigned, but with the charge being a misdemeanor, he will be allowed to report to court himself after receiving the arraignment.

Lewis, a two-time All-American, is currently projected to be a second round pick. This incident is sure to drop his draft stock given the league's stance on the issue. Oklahoma running back Joe Mixon was not invited to the NFL Combine because of an incident that involved him striking a woman in 2014.

Lewis had 27 tackles - including 2.5 tackles for loss - with two interceptions and nine pass breakups in 10 games last year. In 2015, he set the Michigan record with 20 pass breakups in a season.