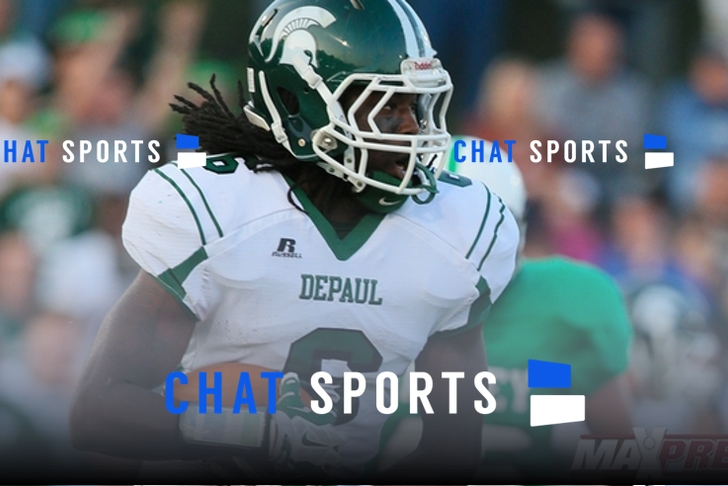 Just remembered a great quote. "A person is only insecure about losing someone when they know someone else can treat them better"

What started as a message board rumor has now been confirmed by a source with direct contact to the University of Michigan coaching staff: The nation's class of 2016 #1 high school running back, 5-star Kareem Walker, who has been commmitted to Ohio State since January 12th (the day they won the National Championship) has indicated to fellow Michigan recruits that he intends to de-commit from the Buckeyes and pledge his services to Michigan coach Jim Harbaugh this weekend, when the Wolverines take on #6 Michigan State. (Note - this is the same source who heard directly from Harbaugh's father that Jim would be Michigan's next coach on Dec 18, 12 days before being introduced).

Walker, a 5-star prospect from New Jersey, visited Michigan on an official visit this past weekend and was blown away by Michigan coach Jim Harbaugh and the run-focused, I-formation offensive system that the Wolverines use, a stark contrast from the spread offesne utilized by Ohio State coach Urban Meyer.

More INSIDE INFO, sent drectly to your iPhone - click here to get the app

Our source said that Harbaugh pressed Walker hard for a committment this past weekend, but Walker hesitated to do so, but promised to return this weekend to commit if the Michigan coaches allowed him to talk it over with family, friends, and coaches.

Walker spent several hours in the past week discussing his future with Michigan RS-freshman starting safety Jabrill Peppers, a fellow New Jerseyan. Walker came away from the talks with the Michigan coaching staff and Peppers convinced that he could not only play a lot next season, but also that Michigan was on the verge of a dynasty over the next few seasons with Harbaugh at the helm.

One rumor that we cannot confirm comes from BuckeyeSports.com writer Bill Greene who claims that when Ohio State was made aware of Walker's intention to visit Michigan again this weekend, they gave him a 24 hour "ultimatum" to cancel any future visits and re-committ to the Buckeyes. From what we've heard...Walker doesn't intend to respond favorbly to the rumored Ohio State ultimatum.

More INSIDE INFO, sent drectly to your iPhone - click here to get the app