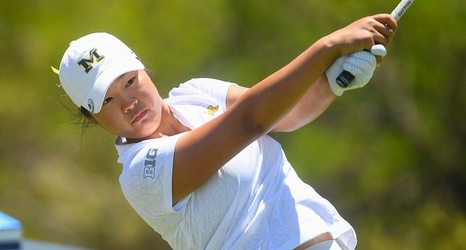 In 2020, the Michigan women's golf team was in prime position to contend for a Big Ten championship. But the season was cut short, and the postseason canceled, amid the early stages of the COVID-19 pandemic.

Two years later, the Wolverines have made up for that lost time, winning the program's first Big Ten championship, by four shots over runner-up Michigan State on Sunday in Pittsburgh.

Michigan has made the NCAA Tournament for a second consecutive year, and will play at home. Michigan is hosting a regional at the UM Golf Course from May 9-11. Twelve teams will compete in Ann Arbor, with the top four from each of six regionals moving on to the NCAA Finals later in the month in Arizona.