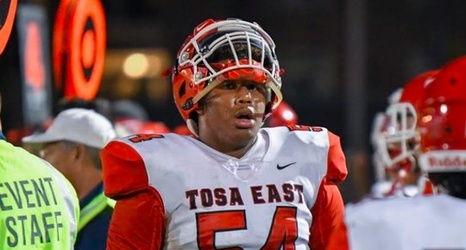 Michigan State has 12 commitments in its 2021 recruiting class. Two of them, Ethan Boyd and Kevin Wigenton, are on the offensive line, but the Spartans are hoping to add more big bodies there.

One target is Milwaukee (Wis.) Wauwatosa East offensive tackle Marcus Mbow, who was offered by the Spartans in April, but had visited the previous October for the Penn State game.

"I liked the environment, coaches, learning about the program," Mbow said. "The weather was super bad, though.