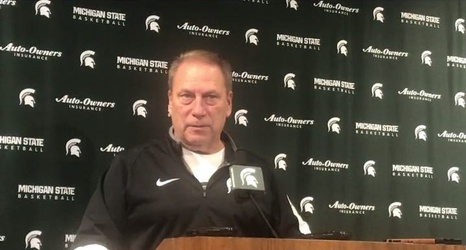 Michigan State basketball transfer guard Tyson Walker arrived on campus last week while incoming freshmen Max Christie and Jaden Akins joined him on Monday. The Spartans look forward to a full offseason, one neither they nor any other team in the nation enjoyed last year.

Soon, incoming freshman Pierre Brooks II will join his classmates and the rest of the roster as they get to work on bouncing back in 2021-22. MSU scratched out a late-season run that earned the Spartans a spot in the First Four of the NCAA Tournament.

When MSU does get back on the court, its opponents are starting to take shape.