To own Detroit recruiting, Michigan State football's Mel Tucker must be ready to mend fences 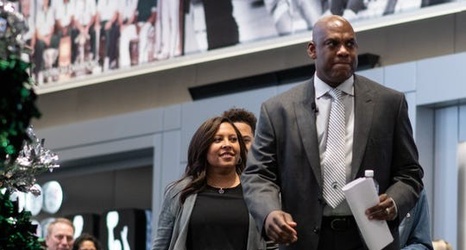 Tucker, 48, became the second black coach in MSU football history upon being hired to replace Mark Dantonio, who retired Feb. 4 after 13 seasons.

His hiring gives the Big Ten four black head coaches — Maryland's Mike Locksley, Illinois' Lovie Smith and Penn State's James Franklin are the others — and it could pay dividends as he sets out to fulfill his goal of winning recruiting battles in Detroit.