Spartan basketball pulls away from Rutgers, 77-65 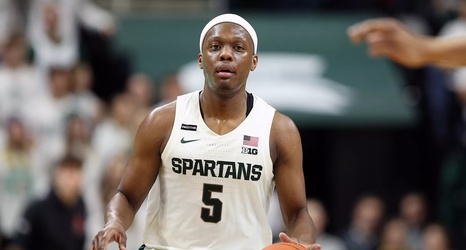 EAST LANSING — Rutgers hasn’t made it easy on the Spartans in their last four games and MSU knows it.

“Steve (Pikiell) has been a guy I’ve developed a good friendship with because I got so much respect for how hard his teams play. This is a pretty good Rutgers team,” said Izzo during the post-game.

After winning the first four meetings by at least 20 points when the Scarlett Knights joined the Big Ten, the last four games in the series have been decided by nine points, including an overtime win back in 2017.

Tonight was no different, and neither was the outcome.