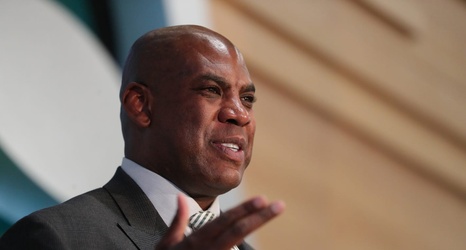 EAST LANSING — Mel Tucker is expected to start with a clean slate and an entirely new coaching staff.

Michigan State’s new football coach does not plan to retain any of the assistants from Mark Dantonio’s staff, a source with knowledge of the situation confirmed to the Free Press late Thursday night.

The source spoke on condition of anonymity because the news had yet to be announced. An MSU spokesman declined comment.

New MSU football coach Mel Tucker will not retain any of Mark Dantonio's assistant coaches, a source with knowledge of the situation confirmed to the Free Press.