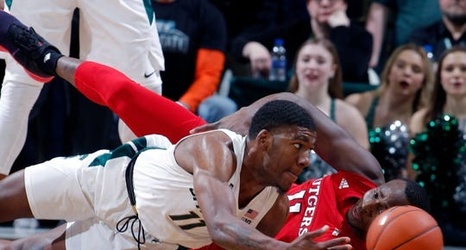 East Lansing — Michigan State’s early season struggles continued, but the No. 11 Spartans also successfully opened up a stretch of what could be a sizable win streak.

Cassius Winston had 23 points and seven assists, but also committed five turnovers as Michigan State let Rutgers hang around throughout Sunday's Big Ten opener before pulling away for a 77-65 win.

After suffering their third loss on Tuesday against No. 10 Duke, the Spartans (6-3, 1-0) will be heavy favorites in their next four games to close the 2019 portion of the schedule.