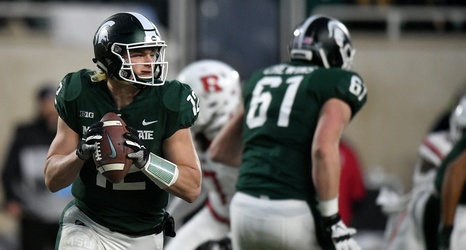 It would be hard to blame Rocky Lombardi if he was bitter.

Maybe even frustrated, or upset.

After three years at Michigan State, this fall was to be the redshirt junior’s shot at running the Spartans’ offense as the starting quarterback. Instead, COVID-19 shut down spring practice and ultimately led to the Big Ten postponing the season from the fall until, most likely, early in 2021.

Lombardi, however, didn’t take long to get past the initial shock of the announcement. Instead, he sees the delay as a good thing for himself and the Spartans.