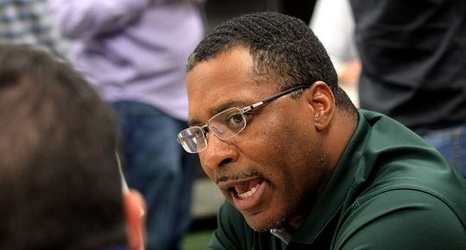 Assistant Terrence Samuel has left the Spartans after nine seasons to become the wide receivers and passing game coordinator at UNLV, according to ESPN’s Adam Rittenberg.