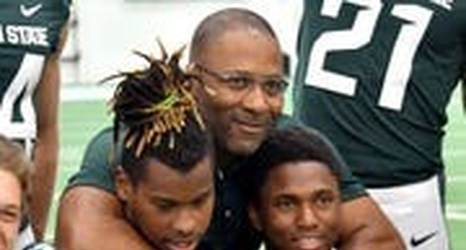 While Michigan State looks to replace Mark Dantonio, at least one member of his staff reportedly has made the decision to move on.

Samuel coached wide receivers at Michigan State from 2011-18 before being shifted to defense during the coaching shuffle Dantonio implemented last offseason.