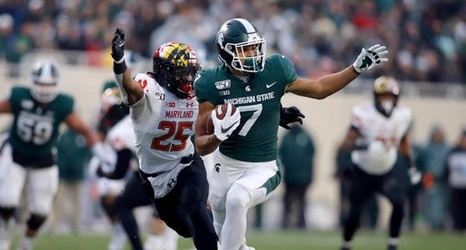 Michigan State receiver Cody White has decided to forego his final season of college eligibility to enter the NFL Draft.

“My time here has been unforgettable,” White wrote on social media on Friday. “I’ve built relationships that will las me a lifetime at Michigan State. I’ve made bonds with my teammates over the past three years that will never be broken.”

White indicated after MSU’s win over Wake Forest in the Pinstripe Bowl that he would seek feedback from the NFL Draft Advisory Board about his pro prospects.