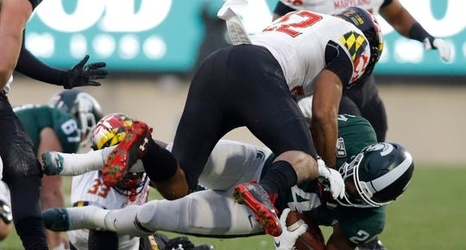 A nice kick return set up Maryland at its own 42 to start the drive. A first-down throw was dropped by Maryland. Josh Jackson then picks up five yards to set up third-and-5. Jackson then throws it away to set up a huge fourth down for the game and the Maryland quarterback threw it into coverage and Xavier Henderson batted it down.

Starting from their own 11, the Spartans get 12 yards on first down with a completion to Anthony Williams.