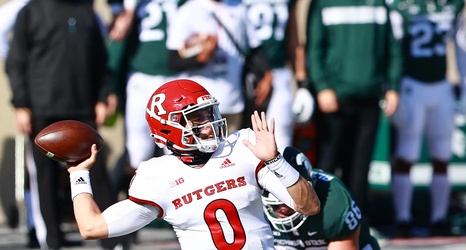 After being the only remaining school in the Big Ten who had not yet lost to Rutgers in football or men’s basketball since they joined the Big Ten, Michigan State promptly did both this last year. Mel Tucker’s debut as head coach in East Lansing for the Spartans came against Rutgers and saw a seven turnover debacle that led to an 11-point loss. With a lot of key returners coming back for that Rutgers squad, they feature at No. 7 in our rankings of most difficult opponents this upcoming season.

The Scarlet Knights welcomed Greg Schiano back to Piscataway for the 2020 season and he quickly turned a corner with the program using the transfer portal.