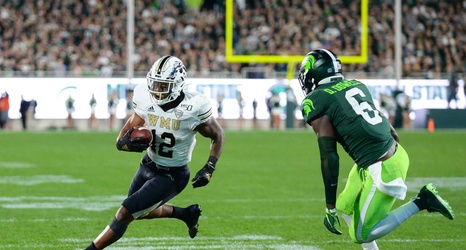 The look ahead to the 2022 schedule continues for ranking Michigan State’s football opponents this coming season. Up today is the opponent I deem the second easiest: the Western Michigan Broncos.

Western Michigan had a respectable season in 2021, including a September shootout win on the road over eventual ACC champion Pittsburgh, winning 44-41. The Broncos finished the regular season with a blowout road win over eventual MAC champion Northern Illinois, 42-21, and a postseason victory over Nevada, 52-24, in the Quick Lane Bowl. However, WMU ended up in a three-way tie for last place in the MAC West Division at just 4-4 in league play.