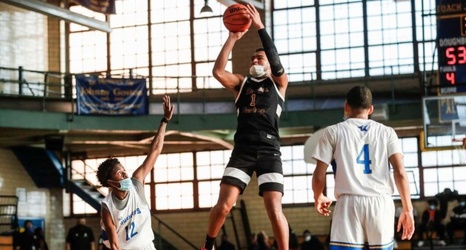 Detroit Douglass' Pierre Brooks II (1) makes a jump shot against Pershing's Avant Lance (12) during the second half of a MHSAA regular season game at Detroit Pershing High School in Detroit, on Friday, March 5, 2021.

The phrase “the best players in Michigan go to Michigan State” has been thrown around a bit over the years, but that hasn’t quite been the case as much lately with Michigan on the rise.

But Pierre Brooks gave a shot in the arm to the phrase on Friday afternoon as he was named Mr. Basketball in the state of Michigan.