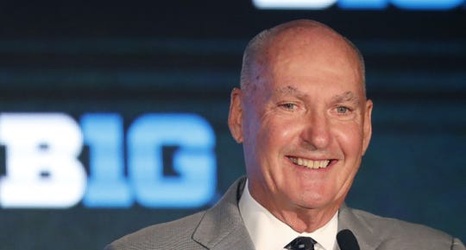 So it made sense that Delany's final preseason talk, given Thursday in Chicago, had a bit of both.

Delany's final day as the league's commissioner will be Jan. 1. From there, the retiring Delany will hand over the keys to Kevin Warren — who was selected as the conference's new leader earlier this summer.

But before that happens, Delany has one more year. And plenty of thoughts about where college athletics are headed and where things have gone wrong.