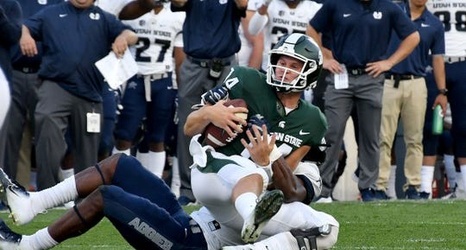 East Lansing — After almost four years of offensive ineptitude, Michigan State fans are ready to see the Spartans put some points on the board.

With the hiring of Mel Tucker to replace Mark Dantonio, who stepped down as head coach after 13 seasons in early February, there wasn’t much of a nod to a shift in philosophy. After all, Tucker, who was the head coach at Colorado last season, has spent the bulk of his career as a defensive coach, including as a coordinator in the NFL and the highest levels of college football.