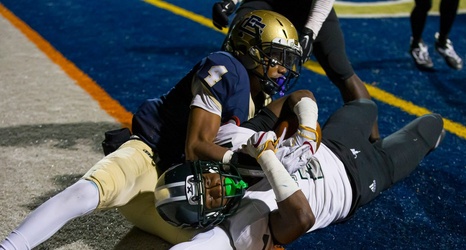 And then there were four for Rayshaun Benny.

The four-star lineman from Oak Park narrowed his choice of colleges to four Saturday, unveiling a quartet of Michigan, Michigan State, Penn State and Kentucky while also announcing on Twitter that he'll be "committing soon."

According to the crystal ball predictions by 247Sports, the Wolverines appear to be the favorite to land Benny, a two-way lineman who told The Detroit News in August he prefers to play defense.

He is the 14th-ranked defensive tackle in the country, according to the 247Sports composite, No.