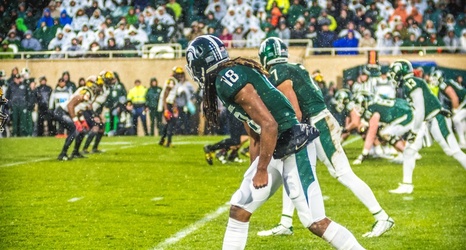 And armed with a 9-3 record, the Spartans finished ranked in both the AP and Coaches poll. It's a far cry from the preseason AP poll, when MSU received just one, idle vote.

In the Coaches poll, the Spartans came in at No. 19, up three spots from last week's poll. After some chaos around the country, 12-0 Wisconsin comes in at No. 3 to represent the Big Ten.

In the AP poll, MSU also comes in at No. 19. Michigan is unranked in both polls.