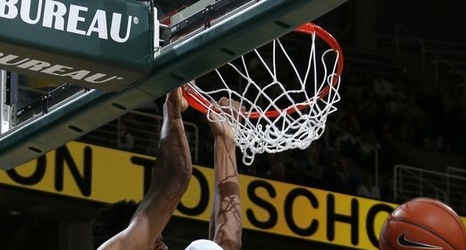 EAST LANSING – The Adreian Payne mentions will be part of Deyonta Davis' career at Michigan State until it ends, and the freshman-to-freshman comparison looks favorable for Davis.

"To think that he did some things that even (Payne) didn't do until his junior year or something, I think that's gonna be a good start for him," MSU coach Tom Izzo said.

Davis had 12 points and four blocks in an impressive debut in MSU's 94-53 exhibition win Wednesday over Northern Michigan. He is listed at 6-foot-10, 240 pounds, though he's recently lost a few pounds that Izzo wants him to put back on.