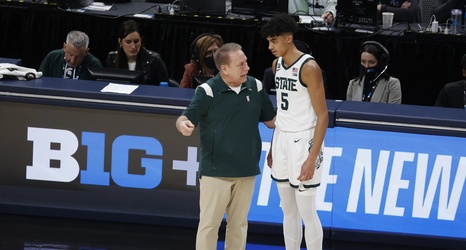 "I know this has been a lifelong dream for @Max12Christie and I am excited for him as he takes the next step and continues the process and journey to becoming an NBA player." pic.twitter.com/gobDkC1SUT

Regarding Christie’s decision, Michigan State basketball head coach Tom Izzo said in a statement, “After taking some time the last few months to focus on preparation and evaluation, Max and his family have decided that he will be signing an agent and remaining in the 2022 NBA Draft.